McCollum Hall, a historical site and commercial center in Dunbar, was built in 1938 by Clifford McCollum. Within the vicinity of Fort Myers, Florida, this property has been regarded as an essential landmark for the Black community. For several decades, the place has been a centerpiece of commerce, music, and entertainment that attracted some big-name performers in its prime; one of the few places both Blacks and whites went for entertainment during segregation. Many esteemed performers like Duke Ellington, Count Basie, Louis Armstrong, and B.B. King performed at McCollum Hall during the 30s and 40s while entertaining the audience.

In current times, two Black developers, Miles Alexander III of Alexander Goshen and Leornard Burke of Cornerstone Strategic Partners, are planning to resurrect the heritage site. The proposal calls for the creation of a 26-unit multifamily community and 14,200 square feet of commercial retail space at the McCollum Hall structure and adjacent lots. As part of the project, the retail space will be converted into a food hall and a market. In addition, Miles Alexander III and Leonard Burke have an interest in purchasing the parcels from the City of Fort Myers for an undisclosed price. The developers also will acquire the privately-owned lots west of McCollum Hall. At the moment, they control the privately-owned lots adjacent to McCollum Hall.

The developer’s proposal takes into consideration all of the conceptual and planning work undertaken by the Ft. Myers MLK CRA Revitalization plan, the City of Fort Myers, CRA and our consultants over the past couple of years,” said Executive Director, Fort Myers CRA, Michele Hylton-Terry, who has worked to restore McCollum Hall since 2007. “Their vision aligns well with the desired outcomes of the CRA and the City, with the goal of building a well-designed community activator project that lends itself to the character and fabric being woven by all of the CRA.” According to developers, multi-family and commercial space will be designed to meet the needs of the current housing and commercial market, as well as the anticipated target market.

“We envision a collaborative design process, where the CRA, City, and other stakeholders can participate and provide input in the selection of material, colors, and other design elements,” said Miles Alexander III. “Our approach always includes highest and best use, to maximize market trends and minimize public resources.”

The request was for restoration of the historic building for a neighborhood commercial center with entertainment, retail, and dining establishments, or an alternative use consistent with the current Commercial Intensive (CI) zoning, or an alternative use acceptable to the CRA. The proposed redevelopment shall incorporate sound principles of urban in-fill, smart growth development, and a sustainable redevelopment in planning, design, and construction.

With detailed and conceptual planning, Miles Alexander III and Leornard Burke have been granted permission by the higher authorities to transform the place, since the vision aligns well with the desired outcomes of the CRA and the City, with the goal of building.
For further information about the development of the historic place, visit https://www.visitflorida.com/listing/mccollum-hall/24170/. 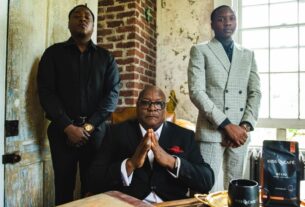 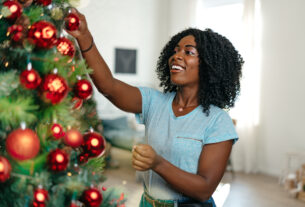 Decorating for the Holidays? Check Out These Black-Owned Decor Brands 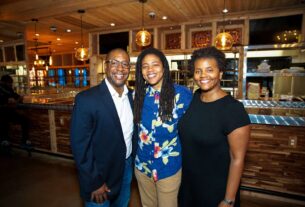