As part of the feature film release, HBCU GO will launch its community giving initiative, “HBCU GO Give 365” to inspire and engage the Black community to lean in and provide much-needed funding to HBCU higher learning institutions. HBCU GO will kick off this community-giving initiative by donating a portion of ticket sales from the movie release in February directly to HBCUs that support the arts, according to a press release.

Freedom’s Path will be released in over 50 major theatrical markets (New York, Los Angeles, Chicago, Seattle) with a specialty screening event in Atlanta to include a panel discussion with producers and celebrity cast members. HBCU GO will support the film’s theatrical release in AMC and Regal theaters across the country by inviting students, alumni, faculty and the community to attend and join the conversation.

Freedom’s Path follows the teachings of Dr. Martin Luther King Jr. by challenging us to look past preconceived notions and stereotypes to see people as unique individuals. The first movie to be centered around free, autonomous Black Americans living in the south during the Civil War, Freedom’s Path tells the story of a young, white Union soldier who, after deserting from battle, soon discovers the real meaning of freedom through a young heroic Black man. Centered in and around the Underground Railroad, Freedom’s Path is focused on a unique friendship forged between the soldier (‘William’ portrayed by Gerran Howell) and free man (‘Kitch’ portrayed by actor/executive producer RJ Cyler).

“We’re proud to support the movie Freedom’s Path by engaging the HBCU community to join this important conversation,” said Byron Allen, Founder/Chairman/CEO of Allen Media Group. “Our partnership with the film, and the launch of HBCU GO Give 365 aligns with Allen Media Group’s commitment to education as a path to economic inclusion.” 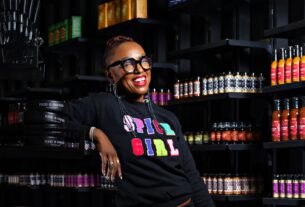 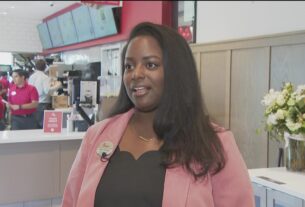