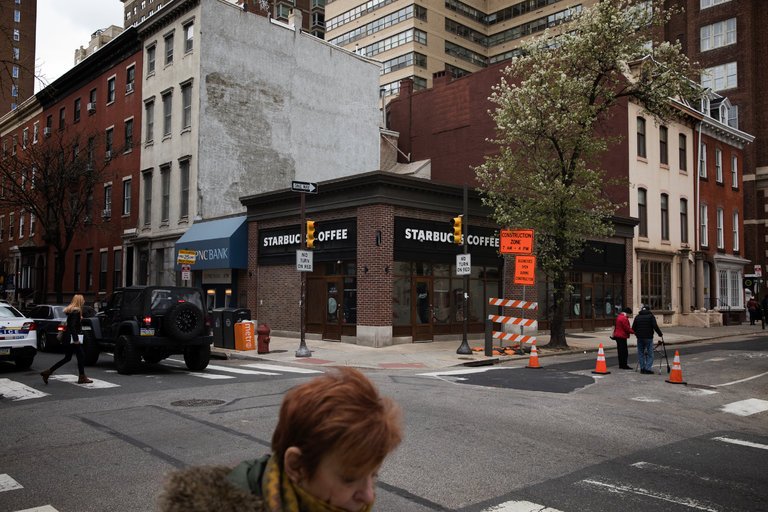 Bryan Stevenson, founder and executive director of the Equal Justice Initiative; Sherrilyn Ifill, president and director-counsel of the NAACP Legal Defense and Education Fund; and Heather McGhee, president of Demos recently released a statement regarding their participation on the Starbucks Advisory Committee, which is addressing the company’s efforts to prevent discrimination in its stores.

On April 12, two black men, Rashon Nelson and Donte Robinson, were arrested by police at a Starbucks location while merely waiting to meet with a business associate.  A Starbucks manager had called the police because she said the men – who had only been in the store for a brief period – had yet to make a purchase.

“The arrest of the two young men in Starbucks is a stark example of the ongoing struggle of African Americans for full citizenship and dignity in American life. Since last week, a number of other high-profile incidents involving discrimination against African Americans demonstrates the breadth and shameful persistence of this problem.

“We were encouraged by the clear and unequivocal statements by Starbucks’ leadership, expressing their desire and intention to deal directly with the issue of racism. This is a rare phenomenon in corporate America. We have pushed and will continue to work to ensure that this highly visible moment – for Starbucks’ 175,000 employees, the other major corporations who watch Starbucks, and the country –  is done right. We have been clear from the start that the company must build a framework for anti-bias training that extends beyond the planned May 29th training and that becomes part of the company culture. In addition to the need for an anti-discrimination curriculum – which will consist of an ongoing education for all employees, with real measures for evaluation and monitoring – we made clear that a thorough review of the company policies, as well as consultation with local, not just national leaders, is necessary as they move forward.

“Even with these caveats and concerns – and, we imagine, there will be more as this process unfolds – we realize the extraordinary step that Starbucks is taking to do better on an issue that affects every workplace. Starbucks exists in 8,000 communities in our country. We see this effort as an opportunity for Starbucks to demonstrate leadership in advancing a commitment to equal treatment and opportunity in true partnership with the communities they serve. We expect to issue a report to Starbucks, with recommendations about the company’s policies, a multi-phase training framework, and the ongoing work they will need to undertake in order to really move the ball.

“We know that the problem of anti-Black bias and other forms of discrimination is not Starbucks’ problem alone; it’s a deeply American problem, made consequential and often lethal by the compounding force of unaccountable, discriminatory policing. A larger issue here is the mass criminalization of our people, and we each made it clear to Starbucks that they have the privilege and responsibility to influence not just employee practices, but police practices in Philadelphia and across the country. We will continue to advocate on that front, both with Starbucks and with the police, and welcome your thoughts about how we can make the greatest impact.”