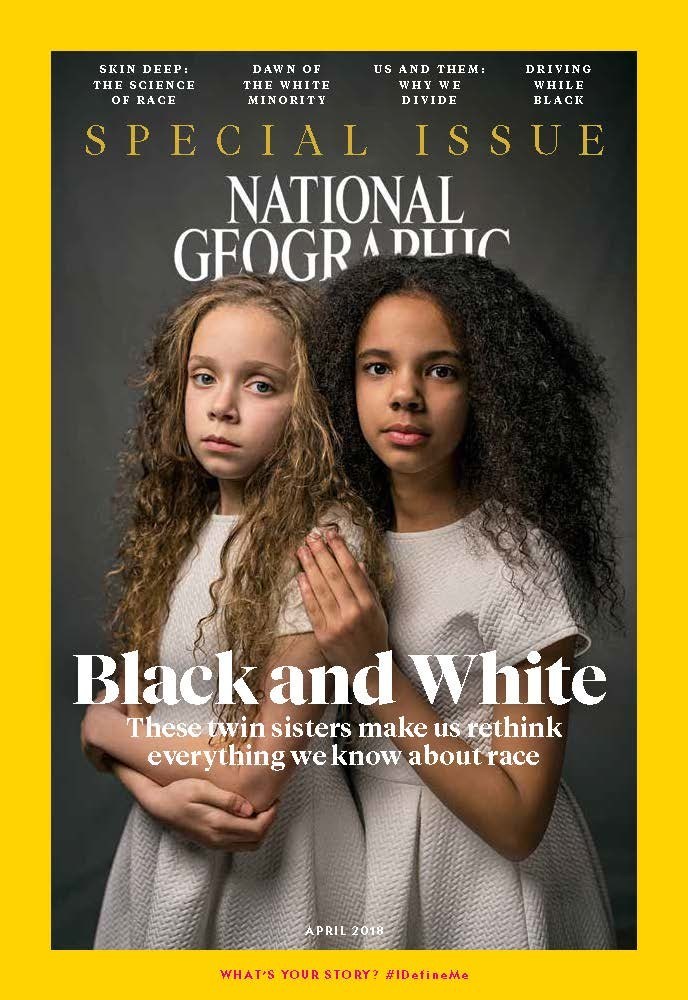 National Geographic has published a single-topic issue exploring the subject of race in the lead up to the 50th anniversary of Martin Luther King Jr.’s assassination this April. The April edition of the magazine, The Race Issue, features a pair of black and white fraternal twin sisters from the United Kingdom, Marcia and Millie Biggs, on the cover. The Biggs twins on the cover are a catalyst for readers to rethink what they know about race.

The Race Issue, which is accompanied by a discussion guide aimed at parents and educators, includes the latest research, powerful anecdotes and unparalleled visual storytelling to explore the human journey through the lens of labels that define, separate and unite us. Select features include:

The Race Issue kicks off the magazine’s “Diversity in America” series. Throughout the rest of 2018, the series looks at racial, ethnic and religious groups in the United States, including Muslims, Latinos, Asian Americans and Native Americans, and examines their changing roles in 21st-century life.

In conjunction with the publication of the issue, National Geographic has also launched a social media campaign, #IDefineMe, calling on individuals to share their experience with race and what it means to them. Through photos, videos or text across Facebook, Twitter and Instagram, the online community is encouraged to respond to the call-to-action: Science defines you by your DNA. Society defines you by the color of your skin. How do you define yourself? #IDefineMe

Additionally, “America Inside Out with Katie Couric,” a documentary television series covering some of the most complicated and consequential questions in American culture today, premieres April 11 on National Geographic.

The Race Issue is available online now at natgeo.com/TheRaceIssue and on print newsstands March 27th.