With all this talk about Rachel Dolezal, you know, the NAACP chapter president who posed as black even though she is white. Rachel fell into the trap of, not just fighting for black rights, but also trying to be one. Let’s dissect this for a minute. She did the opposite of Ellen Craft. Craft is deemed an American hero and now Dolezal is seen as evil. What is it really about? Is it about changing your race, who you are or is it so critical because she wanted to be accepted by blacks by being black? Bruce Jenner is brave for his change to Caitlyn but Rachel Dolezal is a coward for hers.

Riding home from the gym this morning, I was listening to a clip of presidential candidate Hillary Cl

inton’s weekend speech. To validate her position as the best presidential candidate, she spoke on all of her championing of women’s rights. Because of her speech, we woke up to a normal morning with the birds chirping and the dew on car rooftops. Why? It’s because she did nothing out of political protocol. You’re allowed to speak about women, which I support, especially seeing that she shares the same demographic as them. However, we have a sitting president in the oval office who is restricted from speaking about his.

President Obama was allowed to speak about the rights of immigrants, the rights of the LGBT community and even animal rights just as long as he doesn’t speak about black men. If he dare does that, he is forgetting that he is the president of the United States. When I hear people say that, in response to anyone urging him to push more black agendas, it makes me feel as if I am not American. It makes me feel as if he is being asked to speak on citizens on Mars because he is “only” the president of the United States. So what am I? 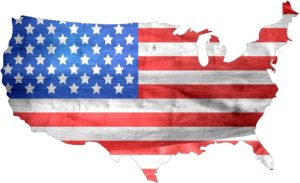 I would almost bet that Hillary Clinton will speak on her demographic throughout her entire campaign without feeling retribution. I would even go as far as to say that if she gets elected she will be allowed to make public statements and steps towards the equality of women without criticism. I am sure it would be well-needed because there are areas women can be empowered in. But women aren’t the only group that is being discriminated against and held back. They are not the ones being locked up in record numbers, facing enormous unemployment and they are not the ones being innocently shot down by police officers.

It seems like the unwritten rules of the American culture is you when you march for animal rights, you’re a pet lover. When you speak highly of homosexuals, you’re inclusive. When you speak on veterans you’re a patriot. Pro woman is feminist, pro man is chauvinist and pro black is racist. So since I am not an animal, a woman or homosexual, it seems as if there is nowhere I can fit in with pride. So when Senator Barack Obama decided to campaign, he had no options except to talk about “hope”, meanwhile my hope goes out the window.