Is there a way to prevent another Charleston shooting?

You never hear about mass shootings at gun ranges. As deranged as people claim to be, they are sensible enough not to attack a gun range. It’s simply because they know the workers there have quick access to guns to defend themselves.

The victims of that horrible shooting in the church in Charleston, South Carolina were attacked because the shooter knew that there were slim chances, “people praying were people packing”. So the coward victimized them. He felt confident.

It is not coincidence that it is unlawful for convicted felons to carry guns. Blacks have the highest annual felony conviction rate per capita. Gun laws were created in the late 19th century, primarily to keep them out of the hands of black people, more specifically, newly released slaves, who were often frivolously charged and convicted with felonies. The fe 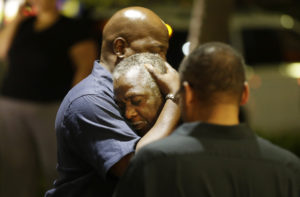 ar was what these freed slaves would do if they had that kind of retaliation power. Jim Crowism wanted to make sure in the event a white person attempted to victimize a black person, there would be a very slim chance they would be in possession of a gun and able to defend themselves.

You may think owning a beauty supply store will also have isolated results. Not true. For every store opened the potential becomes: hundreds of thousands in revenue reclaimed, 2.5 jobs created and at least a million dollars in long-term net worth.

Our work and your participation in it have a very large context. First, you learn, then you own, then you possess leverage, then the community benefits, then we collectively acquire respect, then comes legacy and soon after comes respect.

Ownership must be our 21st century movement. Through strategy we gain and through business we grow. Eventually, the media will become frustrated with us because they would have less stories of the black struggle to cover.