Many of us have heard the stories and statistics — in every category from childbirth to cancer, Black communities across America are significantly underserved when undergoing major medical treatments or even standard services. Still, while so many of us are aware of the problem there hasn’t been substantial dialogue regarding solutions to said problem, until now.

When Ashlee Wisdom first launched her health and wellness website, over 34,000 users — most of them Black — visited the site in the first two weeks. According to Wisdom herself, this early version of the platform wasn’t the most functional. Still, the launch was successful nonetheless with Wisdom’s company, Health In Her Hue, connecting Black women to culturally sensitive doctors, therapists, doulas, and nurses across the country.

Health in Her Hue launched in 2018 with only six doctors on their roster. Two years later, users can download the app at no cost and scroll through roughly 1,000 providers.

“People are constantly talking about Black women’s poor health outcomes, and that’s where the conversation stops,” says Wisdom.“I didn’t see anyone building anything to empower us.”

As more patients begin to seek out healthcare that acknowledges their cultural values, beliefs, and traditions during treatment, Black founders like Wisdom are here to help. Motivated by their own experiences and those of their loved ones, Black entrepreneurs want to revolutionize the way people eat, exercise, and communicate with doctors. This has led to the launching of health startups that aim to close the cultural gap in healthcare using technology while also creating profitable businesses.

Startup Health, a company headquartered in San Francisco, has invested in a number of health companies led by people of color with its president and co-founder, Unity Stoakes stating,

“One of the most exciting growth opportunities across health innovation is to back underrepresented founders building health companies focusing on underserved markets,”

He further stated that the leaders of these startups have “an essential and powerful understanding of how to solve some of the biggest challenges in health care.”

Kevin Dedner, founder of D.C headquartered startup Hurdle, started his company three years ago, but saw significant growth after the killing of George Floyd. In his own words, Dedner’s company connects patients with therapists who “honor culture instead of ignoring it”. Dedner also says, “We’re really speaking to a need… Mission alone is not enough. You have to solve a problem.”

Memphis, Tennessee founder, Erica Plybeah, focused her attention on providing transportation through her company, Medhaul. Medhaul works with providers and patients to secure low-cost rides to get people to and from their medical appointments. Plybeah’s team helps schedule rides after caregivers, patients, or providers fill out a form on MedHaul’s website.

Although Medhaul is for everyone, Plybeah understands that people of color, as well as low income residents and people living in rural areas, are more likely to face transportation difficulties. She founded the company in 2017 after years of watching her mother care for her grandmother who had lost both legs to Type 2 Diabetes. They lived in the Mississippi Delta where transportation options were scarce.

Clinify Health is a startup founded by Nathan Pelzer — yet another Black founder. His company works with community health centers and independent clinics in underserved communities and analyzes medical and social data to help doctors identify their most at-risk patients and those they haven’t seen in awhile. By focusing on preventive care, the medical providers can help patients improve their health and avoid trips to the emergency room.

Pelzer has described it as a company that supports triage outside of the emergency room.

As Black tech founders, Wisdom, Dedner, Plybeah, and Pelzer find ways to support one another by trading advice, chatting about funding, and looking for ways to collaborate. Pelzer and Wisdom met a few years ago as participants in a competition sponsored by Johnson & Johnson. They reconnected at a different event for Black founders of technology companies and decided to help each other.

“We’re each other’s therapists,” Pelzer says. “It can get lonely out here as a Black founder.”

As the community of Black Healthcare Founders continues to grow and Black patients continue to seek out culturally competent healthcare, the Black community as a whole is bound to see unprecedented benefits. With that being said, we are only in the beginning stages of what appears to be an economic revolution. 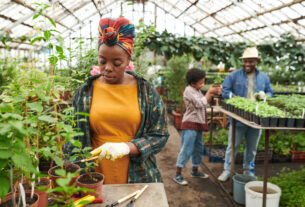 Why Succession Planning is a Must for Black Businesses 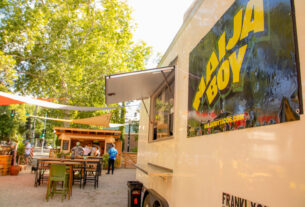 This Nigerian Taqueria is Bringing New Flavor to Sacramento